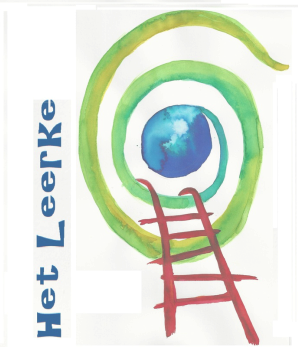 Looking back on the meeting of Jesus and Mary of Magdalen

Woman, but surely not the random one. She had the capturing beauty, the outstanding beauty actually, and sort of internal intensity. She was full of the sorrow, the sadness was overwhelming her, but still, she had the drive to oil His Body, to touch It, out of gratefulness and gratitude. Probably, she was not even aware that she was now choosing the painful truth of His death above the semi-sweet illusion of denying it. He was really crucified and has really died. Ow, upss, His Body is not there. Let’s face this unexpected situation and find His Body. Pragmatically, daring to get His Body, not focusing much on her freezing, tough emotions. Why???!!! Woman, stop crying and asking whoever! Why are you doing this???! Yes, she had truthfully experienced the Real Love. Probably, therefore she had the courage to face the reality of death, of the worsts. To see His face (Massacred Face) for the last, to get remained once more of the best she has ever experienced.   Despite the despair, despite the penetrating pain, just to see the One, by whom she was ever loved. And this Love, Eternal Love became stronger than the death, any feeling of nonsense and any sort of loss.
And at that one moment, there, in the garden, she was once more identified by This Love, Jezus, Rabbuni!, her name was spoken and she was seen for who she really is.
With full heart of gratitude, let even the past experience of His Love drive us to further search. Do not let the pain, death, end and despair to hold us or stop us. His look, The Look at you! of Resurrected Christ will not only refreeze but also restore the almost intimate Love experienced you ever had, further will send you to people / church to share, as a such Love by Nature can not be kept alone by yourself/ herself / myself.
The Love, even when is corrupted by sorrow on an emotional level, and when the senses are saturated by crying pain, when there is no life to feel, let The Unconscious Hope in!
When I felt the aroma of the spring flowers, I have realized my smell-receptors are alive! The most basic perceptional level of feeling alive is back! I’m alive again. In Him I will live forever. 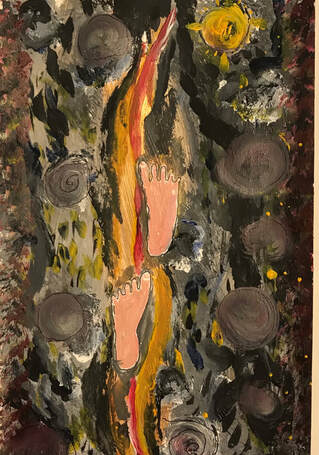 When the invitation for this European online bibliodrama event fell into my mailbox,
Immediately I was thinking of using a bibliodrama project I already facilitated several times in real life.
It occurred to me that it would be very interesting to explore the possibilities of adapting it for online purposes
integrating the possibilities and the limits of the video conference tools.
Because of the time of the year an the numerous times we already worked with it, it became the story of the Magi and the star , Matthew 2, 1-12.
​ We chose for 2 workshopsessions of 2 houres with one week interval.
10 people applied, 2 had to cancel before entering for work reasons.
Participants were from different parts of Germany, Finland, Holland, Belgium and Indonesia.
Some of them we already knew, others were new.